A mob of Hindu nationalists stormed a police station in India on Sunday, beating a pastor and two other Christians, in an assault captured on video that went viral on social media. 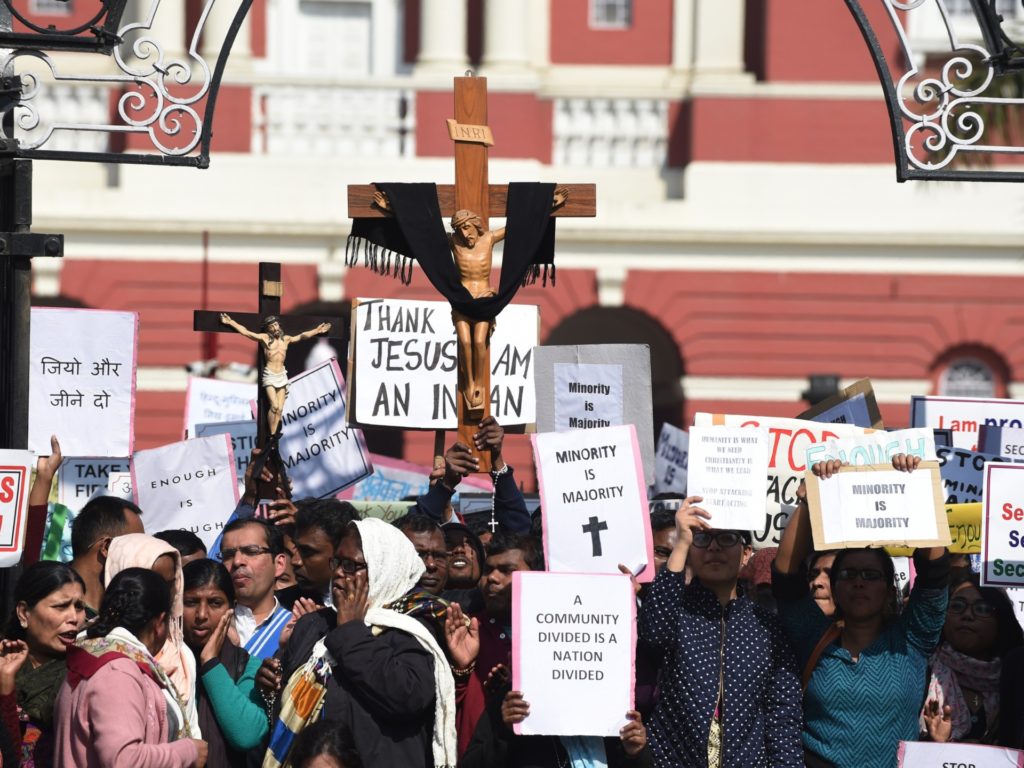