A large Antifa mob attacked a group of pro-Trump attendees of a Free Speech Rally held at Twitter’s headquarters in San Francisco. One video shows one of the men wearing black bloc sucker-punching one of the event organizers, a Black man. At least two people sustained injuries requiring medical attention during the attack. 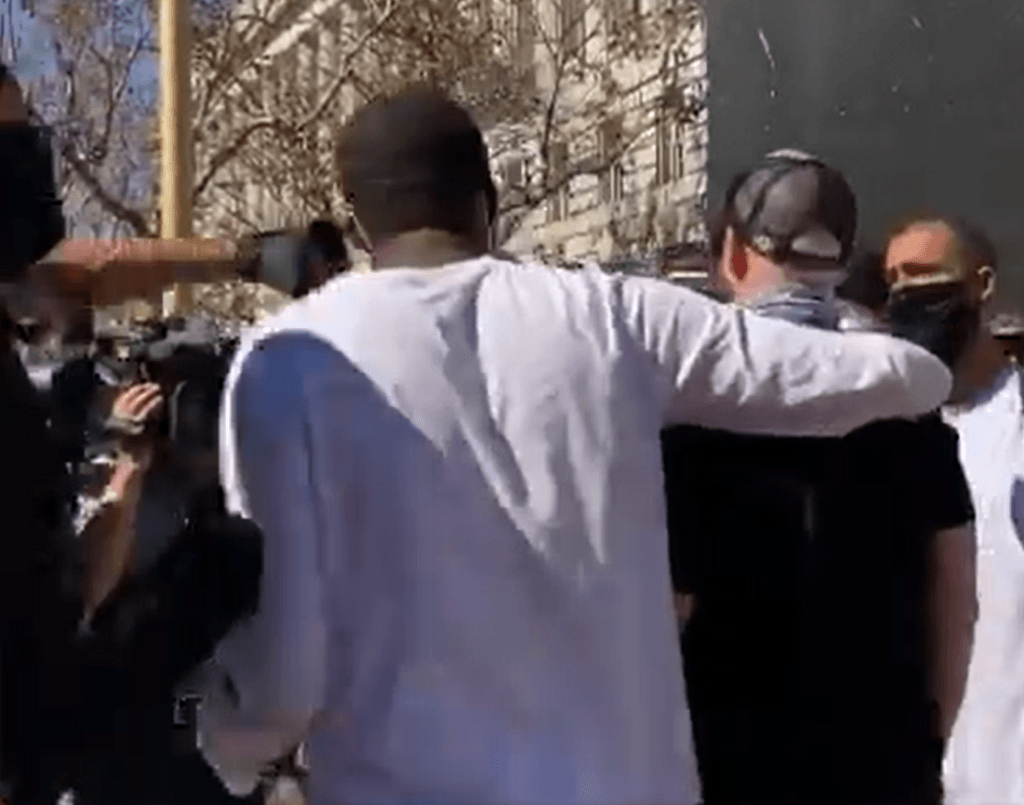